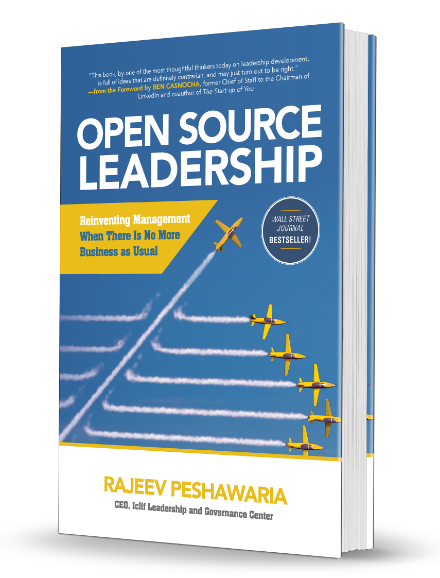 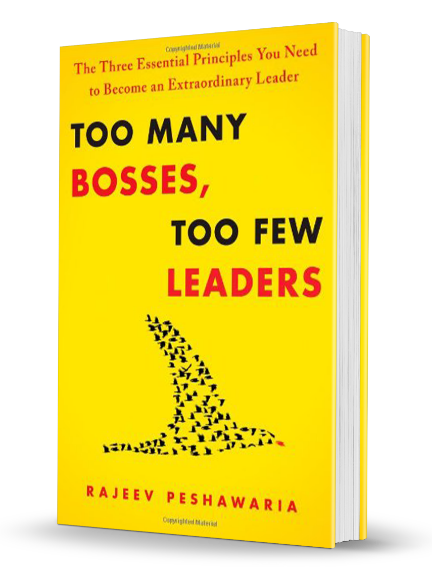 Too Many Bosses,
Too Few Leaders 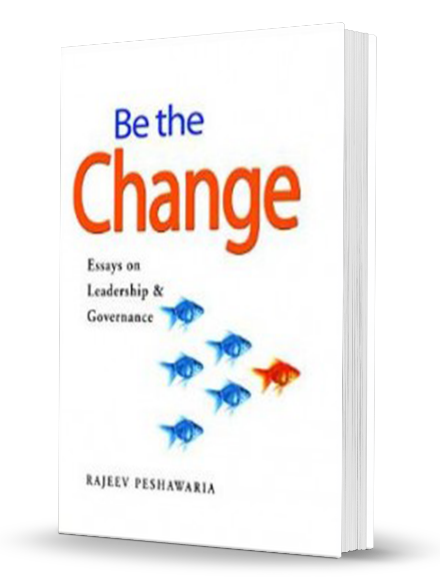 Marshall Goldsmith, The Thinkers 50 #1 Leadership Thinker in the World

Rajeev Peshawaria’s counterintuitive new book details an “open source” management system geared to today’s unique pressures and opportunities. Unlike so many leadership books, which traffic in platitudes and obvious insights, Peshawaria provokes readers into seeing a big picture most might have missed. Open Source Leadership will help anyone in any organization trying to surf the tumultuous waves of the 21st century business.”

Daniel H. Pink Author of DRIVE and TO SELL IS HUMAN

Rajeev is both clairvoyant and pragmatic. He elegantly lays out a technology enabled changing future, then offers provocative and insightful ways for leaders and organizations to respond. The book offers a roadmap into unchartered management territory.”

In open source leadership, Rajeev Peshawaria makes the sound assertion that “leadership today needs to be characterized by the firm resolve to create a better future. Leadership is not a positional title, it is making the choice to continue to struggle and never give up”. He then lays out a compelling view of how the new era is disrupting traditional leadership thinking. Those in leadership roles should take time to contemplate his message.”

This is such a Foolish book, such a beautiful example of flipping conventional wisdom with fresh thinking. When leaders relentlessly drive values and team members are liberated to perform (without cheap short-term incentives), it’s a wonder to behold. Enjoy it.”

From taxi rides, hotel stays, car driving, to communicating and paying, everything we knew as normal has changed beyond recognition. To lead effectively in today’s brave new world, you have to question EVERYTHING. For the first time in human history, knowledge is free and almost every boundary to communication has been lifted. This open source world has permanently altered the business landscape. And you can count on the fact that the pace of change will only accelerate. Yet . . . companies still rely on management tools and practices that were, at best, mildly effective in their heyday. In Open Source Leadership, Rajeev Peshawaria reveals the vision, insight, and practices he has used to help some of today’s largest and most influential organizations meet the open source world head on. It all starts with asking the right questions:

Peshawaria reveals the answers to these questions—and they will surprise you. Based on his company’s groundbreaking research spanning 28 countries, he concludes that traditional industrial age thinking needs a massive upgrade to successfully navigating the brave new world of business. Open Source Leadership rewrites the rules of management, giving you a unique look at the most common misperceptions, illusions, and downright wrong information you’ve been getting about what works and what doesn’t. It provides a new, counterintuitive model for seizing competitive edge in any industry. Among other issues the book argues convincingly that “positive autocracy” must replace democratic leadership; talent and innovation are abundant not scarce; early identification of high-potentials is counter-productive; and setting employees free to do as little as they want will increase productivity.

Too Many Bosses, Too Few Leaders

The business world is in need of many things at the moment — an economic boost, a lower unemployment rate and a better plan to insure workers, to name just a few.

But the biggest void by far may be the lack of inspiring leaders. There is a growing and critical need for leaders who can show us the way out of the current downturn and point the way to a more productive future.

In his book, Too Many Bosses, Too Few Leaders (Free Press), Rajeev Peshawaria, CEO of ICLIF, former chief learning officer at Morgan Stanley and a veteran of dozens of blue chip companies, shares more than two decades of experience in what it really takes to become an exceptional leader — one who not only runs the company but creates a cadre of supporters who understand the company’s goals and missions and work to embody them every day. Part playbook and part an experienced guide through the world of leadership, this book has the potential to unlock the leadership potential inside those who not only lead companies, but run divisions, head up teams and work in roles across their companies every day.

“Leadership,” writes Peshawaria, “can neither be learned in a classroom, nor automatically acquired by accepting a big title or position of authority. Leadership needs to be discovered, and there is no shortcut to the discovery process.”

The book outlines the discovery process itself, offering steps for creating a leader who can tap into unlimited emotional energy, align the energy of a powerful few and galvanize the energy of the masses to create sustainable success.

Rajeev Peshawaria was one of the founding members of the renowned Goldman Sachs leadership development program, The Pinestreet Group, and was the global head of the Leadership Advisory Services practice. At Morgan Stanley, he held the position of Chief Learning Officer and created and led Morgan Stanley university — a globally integrated learning and consulting hub within the firm. At The Coca-Cola Company, also as the Chief Learning Officer, he created and headed Coca-Cola University, and he was the Global Director of Leadership Development programs at American Express. Peshawaria was just appointed Chief Executive Officer of The Iclif Leadership and Governance Centre in Kuala Lumpur, Malaysia.

In a world where information, capital, talent, and other resources are freely portable, the only x-factor for sustainable business success is leadership.

There are many misconceptions regarding leadership. Contrary to what many think, it is not at all based on one’s position of power. It deals more about how and what one creates while getting others to go beyond themselves and excel at things they never thought possible. Leadership comes after much self-discovery and cannot be taught. It is not something one is born with but is something that must be aspired for.

Be the Change goes deep into what a leader is and what you and your organization need to look into to foster genuine leadership. In particular, the book deals with the various aspects and issues of corporate governance, an integral part of the leadership journey. It also takes a look at the individual, the team, and then the organization for a progressive treatment on the various theatres where leadership can and does make a difference.